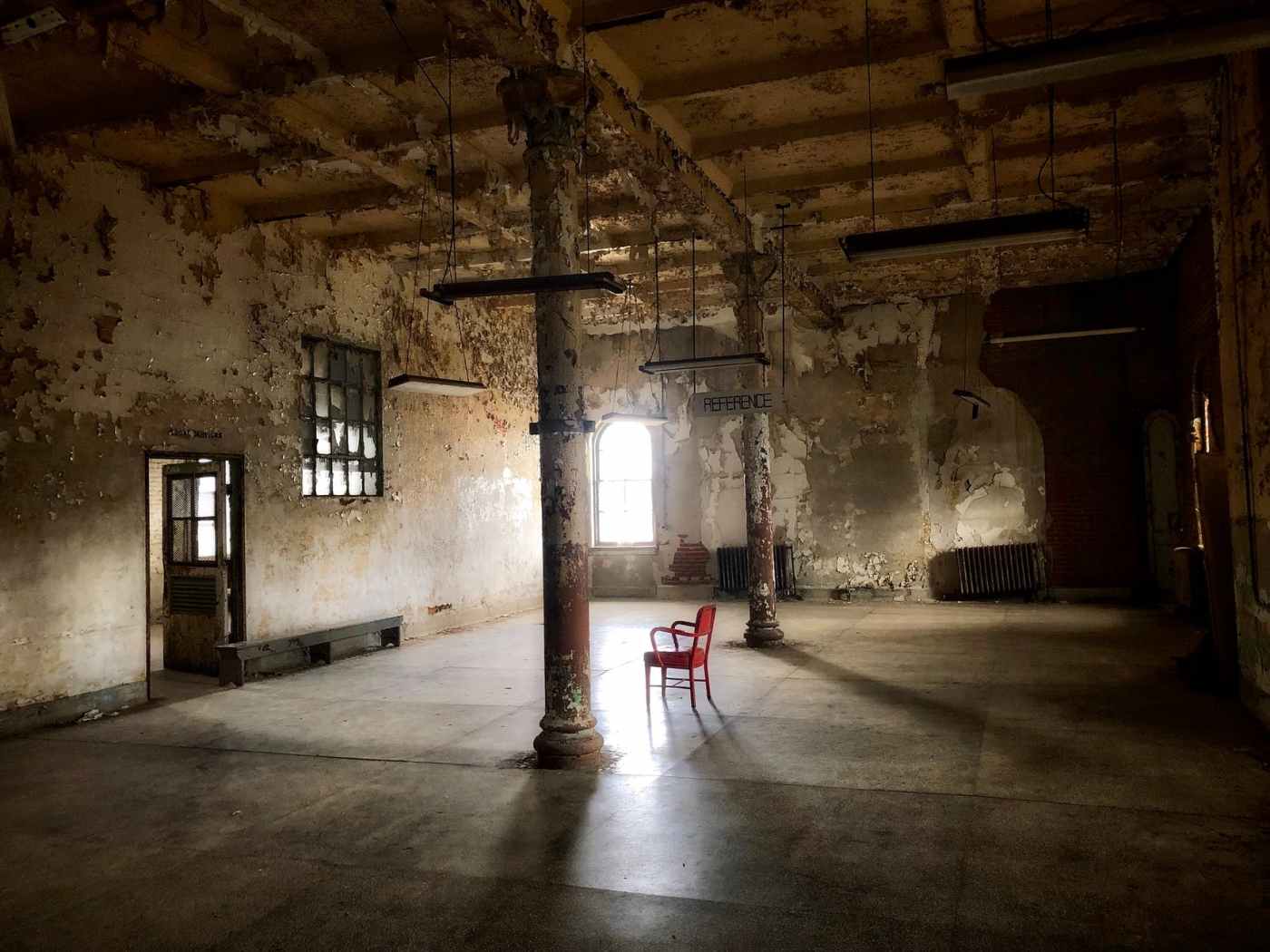 I recently went to the location of an old asylum.

It was the first asylum energy I had experienced and to be honest I didn’t know what I was going to find there.

Even after all I have learned so far about spirit, it still was hard for me to shake the fear culture permeating around asylums. Abandoned asylums are one of the most notoriously active locations for paranormal investigations and for having a genuine experience with the other world. All of the popular ghost “hunting” shows have investigated them and they always seem to get very dramatic evidence (yes I know its TV). Actually Ghost Adventures had even investigated the place I went to in 2008. People tend to get really creeped out at asylums and they make for really scary TV and movies. On the way there, I couldn’t help but be hesitant myself that something strange would happen or I would feel the energy of a deeply deranged individual.

Per usual, that was far from what I experienced!

Time and time again when I am reading locations, I am reminded that these energies, whether sound of mind or not, are all people with a soul. And once they have passed, they are no longer beholden to their Earth existence. The individuals who came forward to me at this location, although they had mental challenges, they were still energies with a soul and being creeped out by them was the LAST thing I felt. Instead, messages of compassion and forgiveness were what came forward and how to make living with mental instabilities better for the future. Wow!

I believe that most of the paranormal evidence and experiences of paranormal investigators and trespassers at these asylums are actually residual energy. That being said, residual energy can be VERY strong at locations, where pain, fear, and distress is held in the energy of a place and replayed over and over again. But these are not trapped souls. These energies are just a portion of their experience retained in the energy matrix of a location. These experiences can be retained in objects or simply in the energy timeline of the location. Although the residual energy imprint is stronger when the objects and buildings are still there, they don’t have to be present to experience the memories and this is due to the residual energy also being recorded in the timeline energy matrix of a location.

In addition, I do believe strong emotional energy at a location can even create a larger energetic entity which can be experienced very strongly by a living person. These can often be even more intense than a singular spirit energy. These energetic entities are often described as overwhelming feelings of terror, darkness, or shadow people. These can feel deeply chaotic, and can trigger strong emotions in us such as anger, hatred, depression, or sadness and even feelings of illness (head ache, back pain, or nausea). These energy masses are often in a location and don’t move about much from there. They can be particularly strong in an asylum setting or another setting where extreme emotions existed.

Where I went, the asylum buildings were demolished by 2018. Maybe, if the asylum buildings were still standing, I may have experienced stronger emotions and feelings of inpatients or more intense residual energies but I didn’t. Instead, two individuals did come forward from the asylum with wonderful messages and insights into asylum life and living with mental struggles. Spirit always amazes me and I wouldn’t have wanted it any differently!