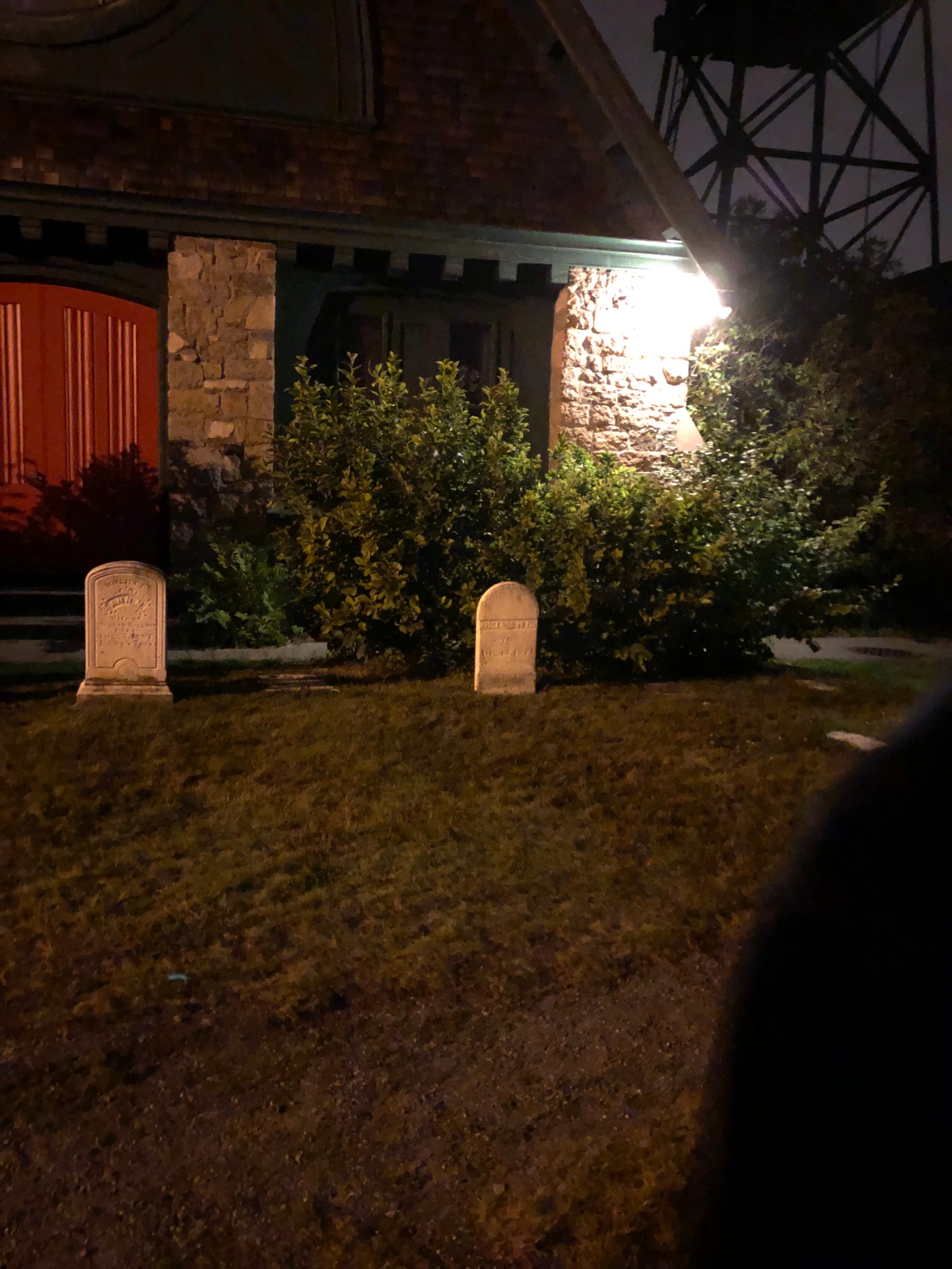 My husband and I went on a night ghost tour while on vacation in Bar Harbor, ME. Why? Because I love this stuff! It was a really foggy night and the tour stopped in a cemetery known for orbs. I took about 50 photos during the entire tour. I didn’t know it at the time, but our iPhone was on Live Photo setting, so surprise surprise I ended up capturing 2-3 second videos with each picture I took!!!

Out of all my photos, I only captured one light orb anomaly. The tour group stopped in a cemetery known for orbs and we were in a semi circle around the tour guide. I kept feeling like someone was behind me. So I repeatedly took about 10 photos/short videos behind me. The video and photos below were during that time. I was not using any flash, but there was light coming from nearby street lights to the left and lights on the church wall.

Note in the video the orb appears blueish in color, with no shadow. It seems to erratically change its speed and brightness throughout its time on camera. I did not have the flash on and the only lighting around us was from the church wall in the picture/video and street lamps to the left of us. Also notice that the anomaly seems to zoom away quickly at the end, loosing brightness as it speeds away. If you look closely you can see it exit right at the bottom left corner of the frame.

A bug would be more solid, probably not blue in color, and would have a shadow? A spec of dust probably wouldn’t be blue. Dust would move with the wind and fog rolling in, and would appear to come towards or away from the camera lens. This light anomaly didn’t doesn’t seem to fit with either of these.

I did not see this orb with my own eyes, and I did not try to connect with any spirits in the cemetery. This was more for fun and there wasn’t much time to have a sit down session on the tour. Maybe next time!

Yayyyy! First real orb evidence! Tell me what you think!

Check out my W/I Videos Page for a listing of all my live mediumship sessions on location and their sister Investigation Reveal videos!

One thought on “Orb Anomaly Video Evidence in Cemetery!”